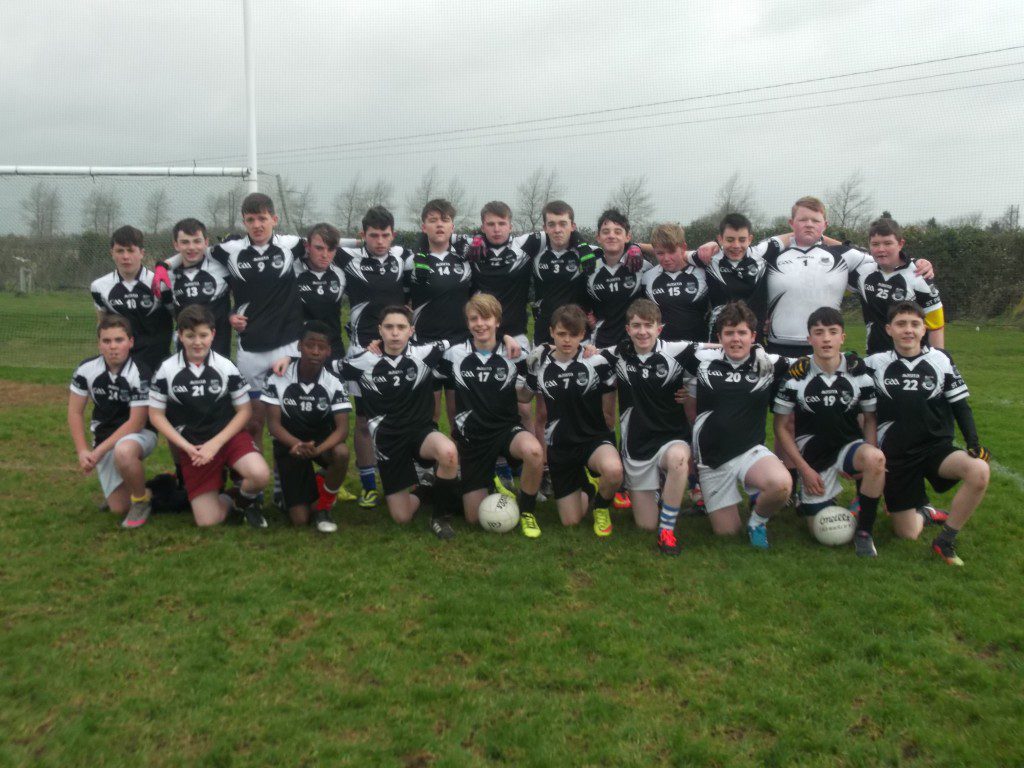 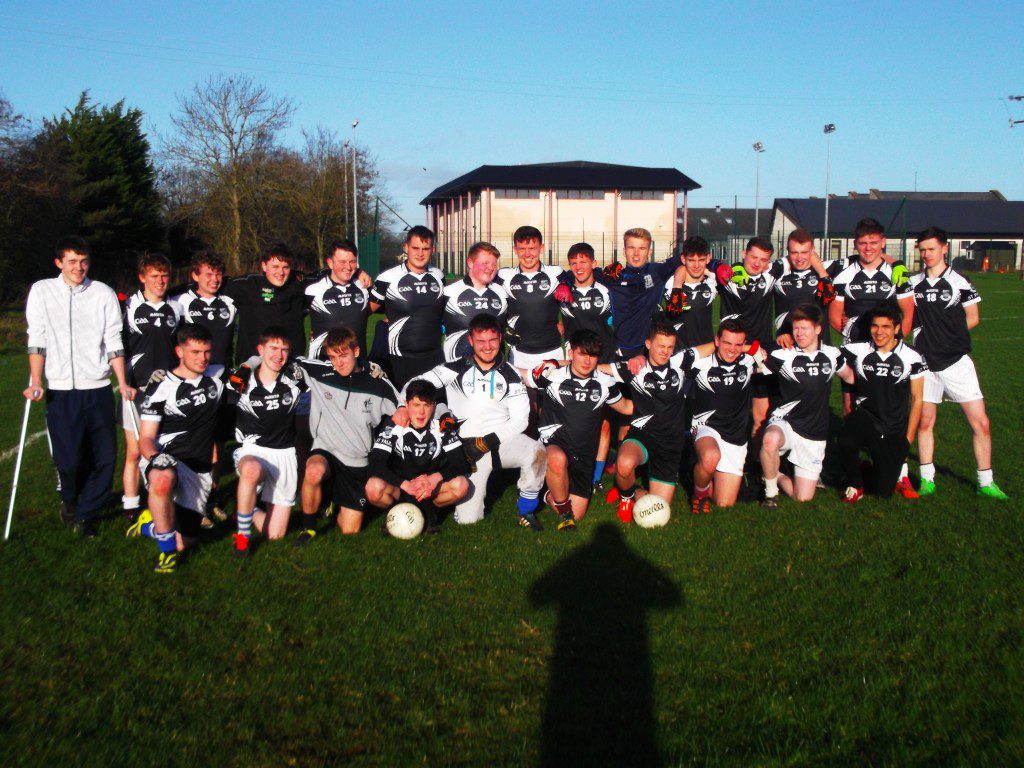 It was the turn of our u18s to take the field the following day. This team on paper looked to be a formidable outfit and they certainly proved this on the field particularly in the opening half of their game against St. Farnan’s of Prosperous. Against horrendous weather conditions and on a difficult playing surface St. Pauls can hold there heads high for the way they conducted themselves on this particular occasion. Led by senior players Sean Kavanagh, Steven McNally, Adam Forde and Ryan Bannon we entered the half time break 2 points up playing against a difficult wind. The second half began brightly and St. Pauls found themselves 4 points up and fully in control of the game. With Shane Lynch and Denis Donoher converting 2 opportunist goals it looked like this day was going to be St. Pauls day. However, we were up against a quality team who were playing off the back of winning the u16 Leinster championship last year. They scored 3 outstanding goals in quick succession, which our goal keeper had no chance of stopping and from this they held on to a victory. This was a disappointing way to finish the year, especially when victory was within our grasp. Days like these will stand to our teams and we will be back stronger next year to compete for another title challenge.