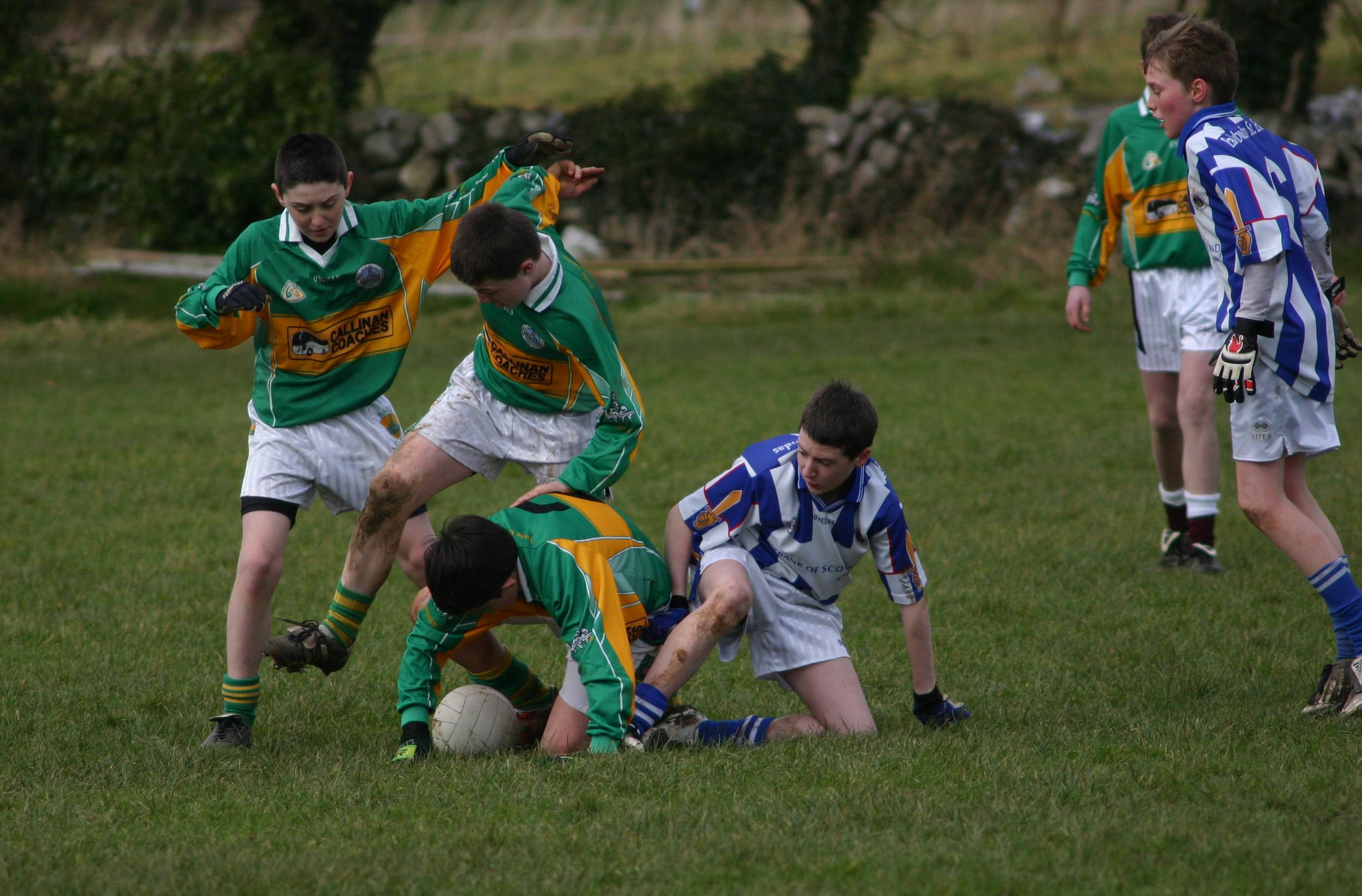 U-14 Boys Football by Brian Day and Dean McGovern

St. Pauls Juvenile Football team commenced their league games on Wednesday 12th October with a match vs Colaiste Lorcain, Castledermot. Having trained well on Wednesdays after school, the team were ready to put up a good display.

First half was a very open affair with both teams having chances early on, however Colaiste Lorcain opened the scoring with a goal, resulting from a lack of concentration of the St. Paul’s team. This proved to be their only score of the half with great defending from Eric Morrissey, Denis Collins, Darragh Talbot and the other defenders. Scores from Sean Mc Donald, Conor Lonergan, Eoin Coughlan, Keith Quinn and Dylan Keane resulted from a great phase of play late in the first half when the St. Paul’s lads took control of the game. Another lapse of concentration allowed the Castledermot team in for another ‘soft’ goal. This left the Monasterevin lads leading by just 1 point, having dominated possession for most of the first half.

The second half saw a flurry of points from the St. Paul’s team, but this was negated by the concession of yet another goal to Castledermot. An injury to man of the match Sean Mc Donald required a ‘re-jig’ of the team with the introduction of subs throughout the second half. Rory Mulhall when switched to the full back line helped to shore up the defence. The strength of the bench certainly helped to restore good play with Darragh Perry switching places with Tommy White having a good effect both in goals and out the field. Russell Grattan was a continued thorn in the side of the Castledermot defence with his great work also earning him a well taken point.

St Paul’s went on to score 13 points in the second half and this proved to be too much of a deficit for Castledermot to pull back.