Students in the European Parliament 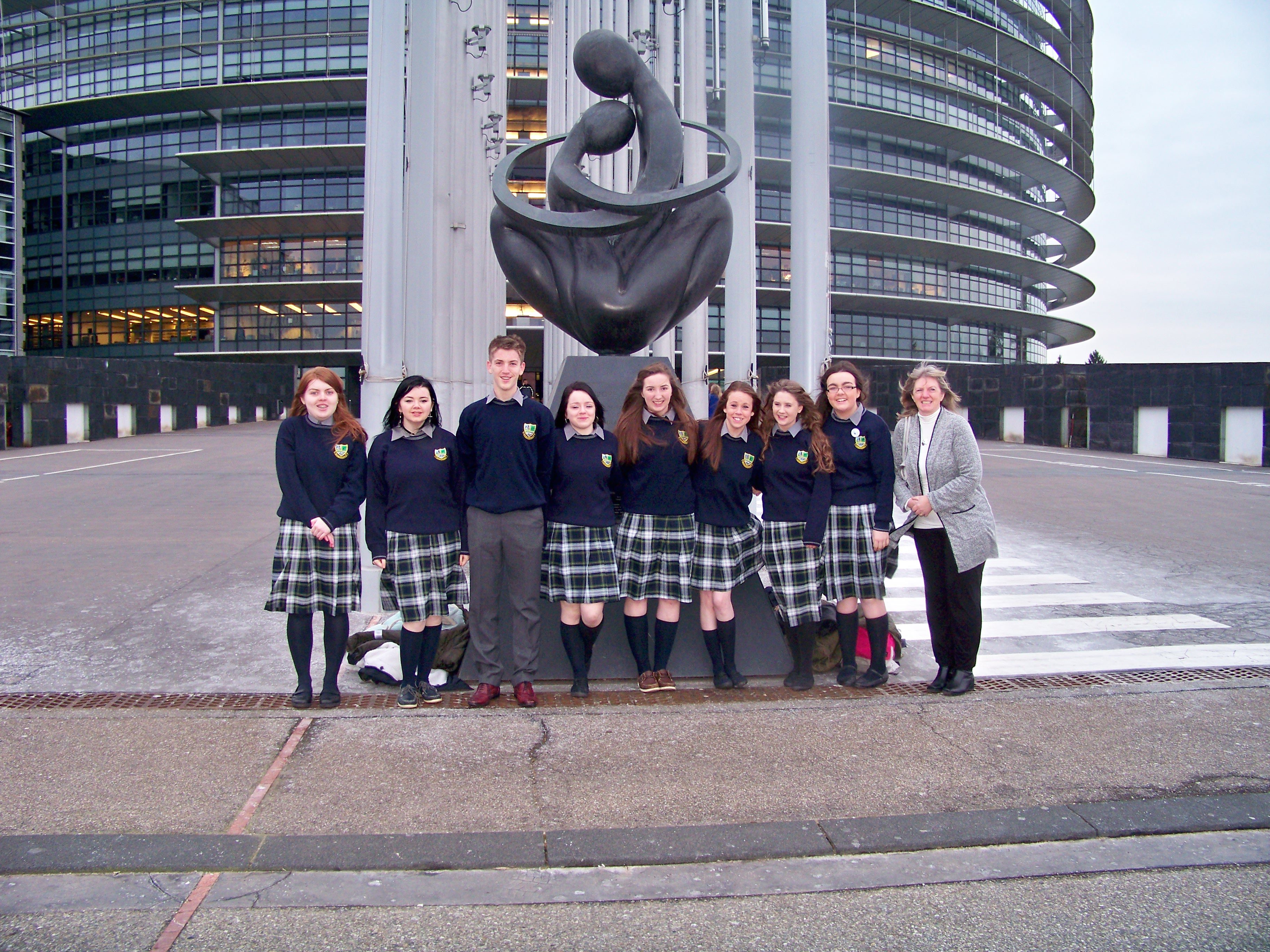 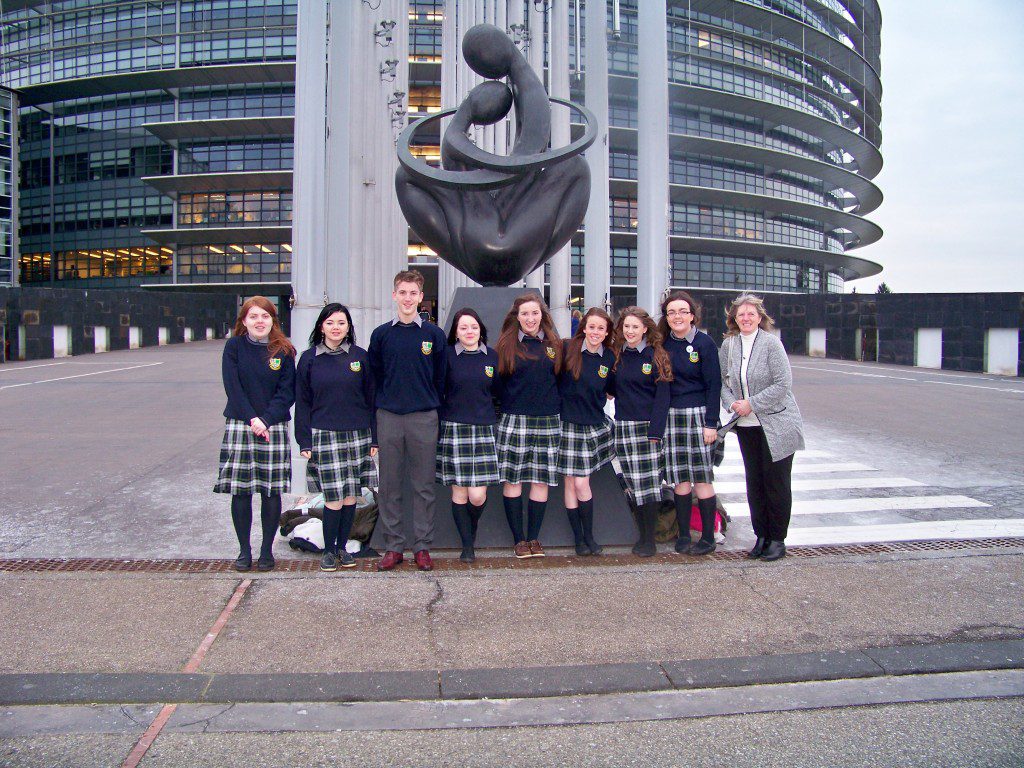 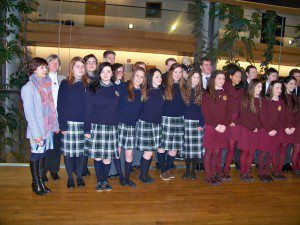 Eight TY students from St. Pauls Secondary School Monasterevin have just returned from a 3 day visit to the European Parliament.

– Informing their peers about one of the Millennium Development Goals and what progress has been made towards achieving this Goal.

– proposing a future global development goal and the need for such a goal. They chose a goal regarding Mental Health Issues.

The day at the parliament had a packed itinerary, starting with group photographs and distribution of badges for the working groups and the programme for the day. Students then moved into breakfast with EU facilitators.

After breakfast the students and teachers moved into the Parliament Chamber (Hemicycle) where they were welcomed by Mr. Matinez on behalf of Mr Martin Schultz, President of the European Parliament. 500 students from 21 European Countries were present. Mr Martinez explained how the Parliament works and the voting procedures. He also went through the work of the last plenary session of parliament and the discussions that took place.

Next it was time for the schools to make their presentations. Victoria Doyle made a presentation in French about St. Pauls and the local area. She delivered her speech eloquently to her European wide audience as all of the session was streamed live.

All her classmates watched with pride from their classroom in school. All parents were also able to watch live which meant they didn’t miss out on the fantastic opportunity afforded their sons and daughters.

After the presentations the students were allowed to use the voting machines to find their views on certain issues. They then participated in a question time with EU officials asking questions on many issues. Translators were used in English, French, German, Spanish and Italian.

After the question time the students then divided into their working groups. Just as the deputies of the European Parliament, the students worked in groups discussing the following topics: Environment and renewable Energy, 2015- European Year for Development, The Future of Europe, Freedom of information and Active citizenship,

Migration and Integration and Youth Employment. The students from St. Pauls had come prepared for these topics as they had spent months beforehand researching and discussing these topics during class time, lunch time and after school many days. The discussion groups then had to report back on their findings to the Parliament and votes were cast if favour or against each proposal.

The Euroquiz Final then took place between the teams that got the highest points at lunch time.

At the end of the day in the Parliament the European Anthem was played as students paraded around the Hemicycle with the flags of the EU states. The school was presented with an EU flag for their participation in the Euroscola event.

The Irish students then returned to their hotel for dinner and ice-breaking activities to further integrate the students from the 6 schools in the group.

The next morning started with breakfast and check out. The students then had a two hour walking tour of Strasbourg, visiting La Petit Franc and the Cathedral, where they saw the famous Astronomical Clock. Students then had some free time for shopping before they got the coach transfer to the airport. They arrived back in Dublin at 10pm exhausted after their packed 3 days in Strasbourg. 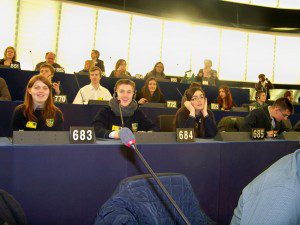 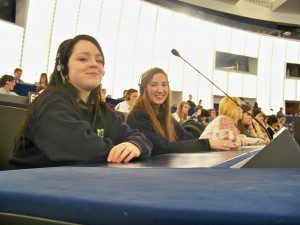