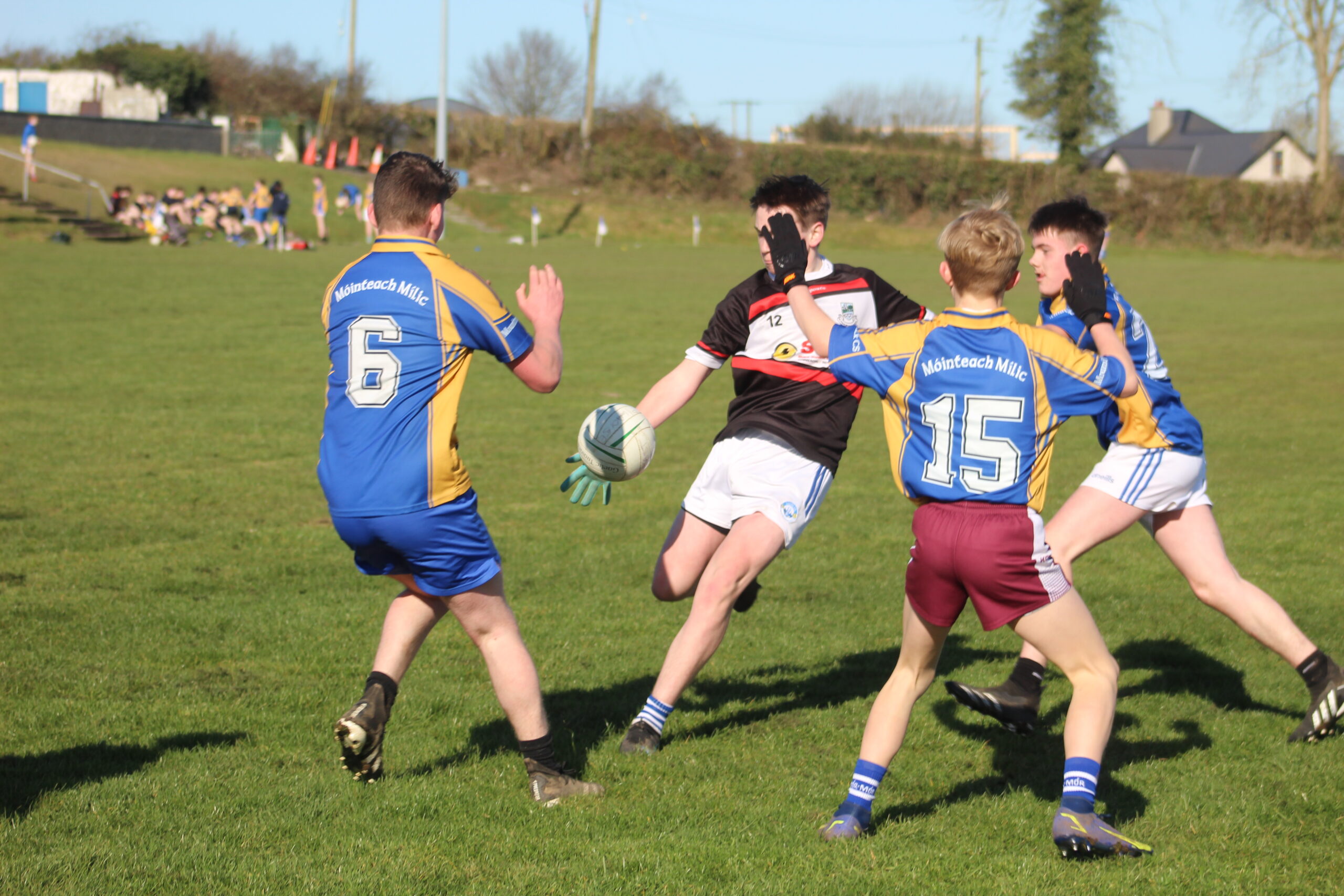 Our 2nd year Gaelic football team travelled to Mountmellick on the 4th of March to face Mountmellick Community School. The team knew that a win would secure a semi – final place in the competition.

St Paul’s sprinted into an early lead after Nathan Broughall netted after only a couple of minutes. Seán Murphy cut through the Mountmellick defence before playing Nathan Broughall through on goal and he made no mistake in rifling the ball into the bottom left hand side of the goal. However, not to be outdone by their opponents, Mountmellick went down the other end and swiftly replied with a goal of their own.

Half way through the first half Mountmellick put themselves in front which came from  a mix up in the St Paul’s defence. The costly error of losing possession in the full back line was pounced on and Mountmellick registered their second goal of the game.

Mountmellick took their momentum during the early stages of the game into the second half and added another goal to their tally a couple of minutes after the break. A couple of points down, St Paul’s began to come back into the game. Seán Murphy caused havoc in the Mountmellick defence and no more so than in the 18th minute of the second half. Murphy darted through the heart of the Mountmellick defence, evading players from the opposition at will before firing the ball home into the back of the net. This left the sides level going into the last few minutes of the game on a scoreline of St Paul’s 2-7 to Mountmellick’s 3-4.

St Paul’s now had renewed impetus to go on and win the game. Rory Nea struck the ball sweetly between the posts late on giving St Paul’s the narrowest of leads. St Paul’s weathered some attacks from Mountmellick in the dying seconds and came out the right side of the result.

It would be impossible to pick out one or two players for player of the match. Every player stood up and can be very proud of their performance. Thank you to Mountmellick CS for a tight, sporting game.

The full time score was 2-8 to 3-4 with St Paul’s clinching a semi – final place following a late rally.