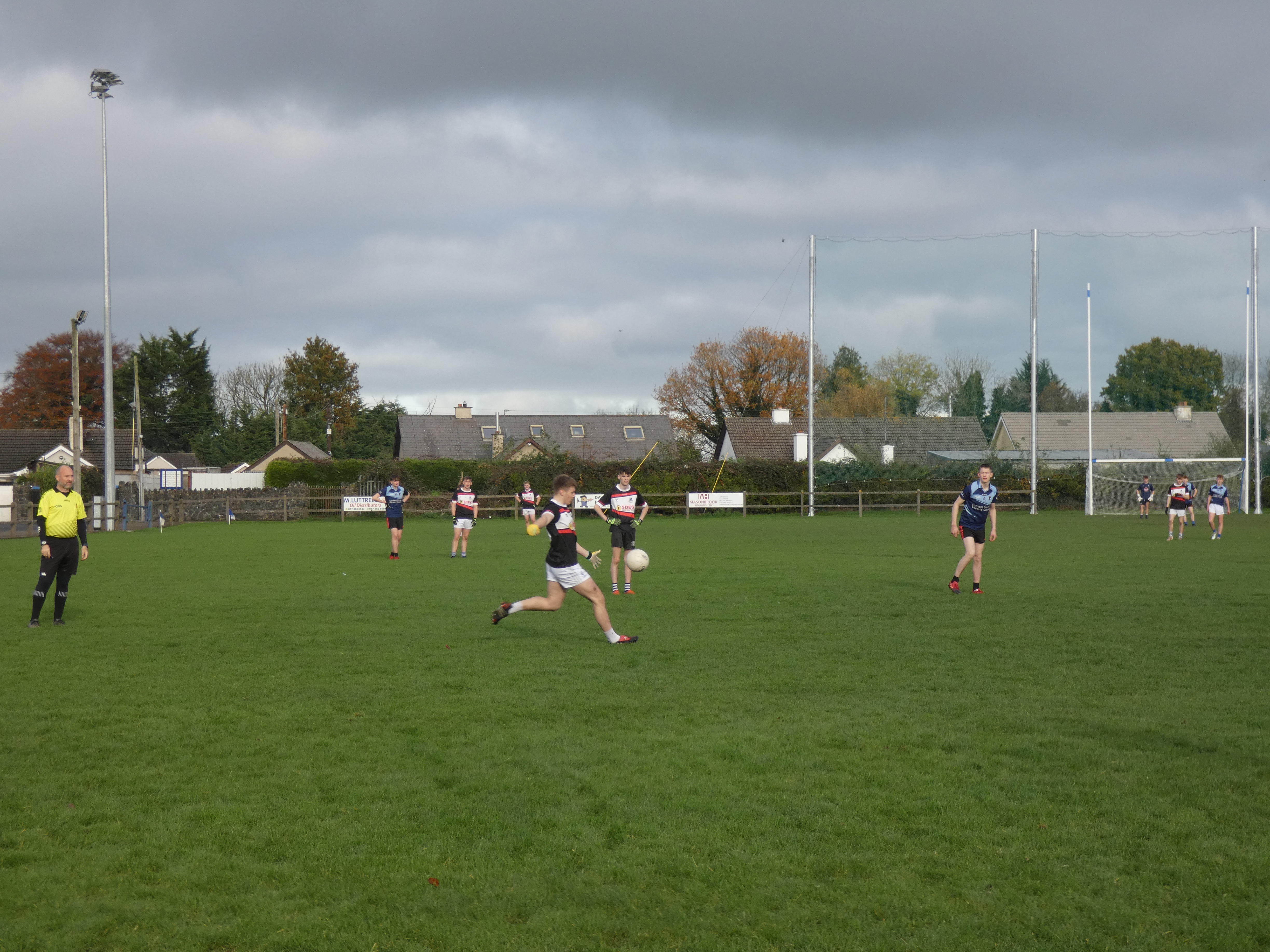 Our Senior Gaelic Football team began their campaign against Colaiste Lorcain of Castledermot on Monday 15th of November.
Daragh Byrne opened the St Paul’s account with a great score from range in the opening minute. Eric Morrissey found himself one on one with the Colaiste Lorcain goalkeeper within 5 minutes only for it to be brilliantly saved. The Castledermot side soon after went down the other end and St Paul’s number 1 Charlie White made some fantastic saves to keep his team in front.
Just before the first water break St Paul’s could have easily got their first goal of the game. Seb Oglinzeanu had his effort stopped by the Castledermot keeper, the ball then fell to Cian Bailey who smashed it onto the crossbar and Charlie Doyle ended the attack by kicking the ball narrowly to the left and wide. Our lads were a handful of points ahead by the first water break.
A couple of minutes before halftime the Castledermot side had a line ball and it was hoisted into their centre forward. Following a short sprint he was a matter of metres from the goal and coolly dispatched the ball into the bottom right hand corner.
By halftime St Paul’s were leading on a scoreline of 0-9 to 1-1.

St Paul’s began the second half brightly and asserted their dominance on the game. Charlie Doyle got his first score of the match from a free early on. Daragh Byrne scored two more points before Keelan Meredith got St Paul’s their first goal of the game. Kian Ryan hand passed the ball across the square to Keelan who punched the ball into the back of the net to make it an eleven point game.
St Paul’s continued to coast to victory during the second half and one was to feel sorry for Colaiste Lorcain who had come up against a far superior side. Our lads progress on in the competition with a healthy scoreline of 1-16 to 1-2 in the bank come the final whistle. 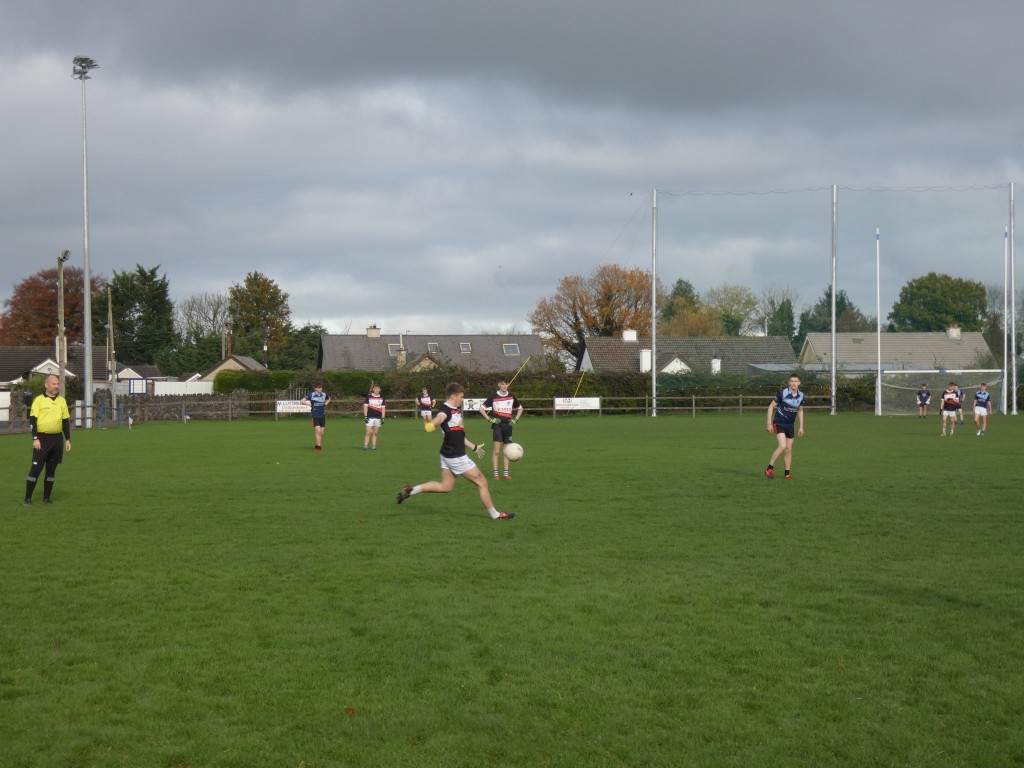 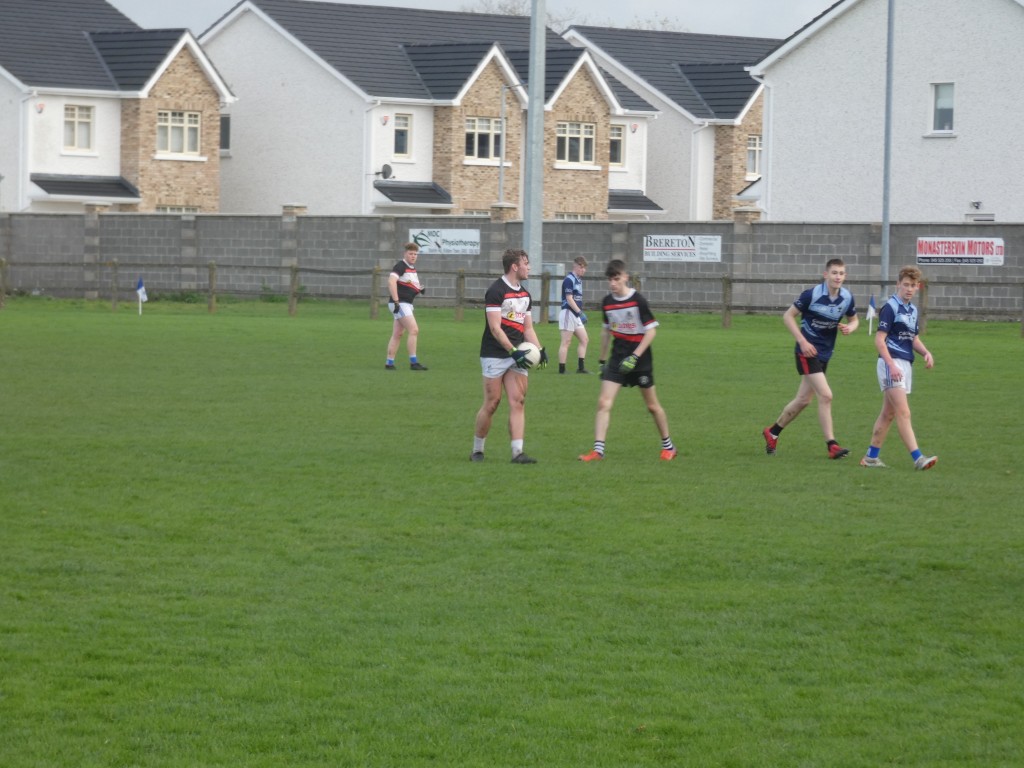