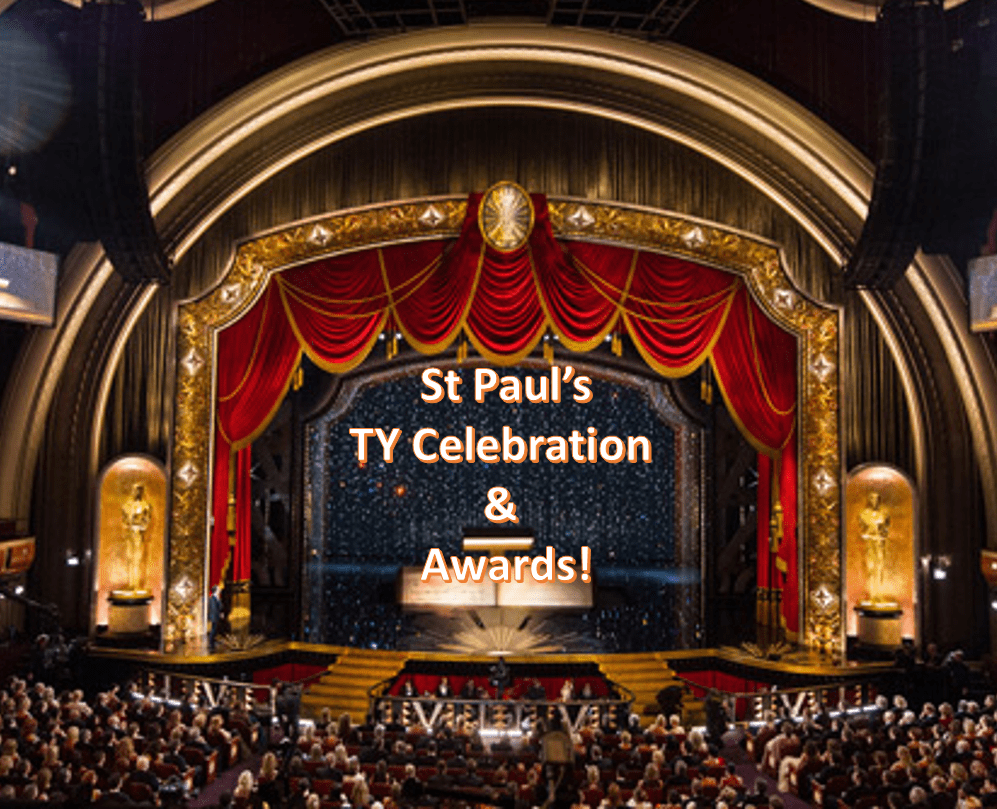 A night of celebration for the Transition Year students of St. Paul’s Secondary School, was held in the school gym on Tuesday 22nd May.

MC for the night Ms. Aine Doyle welcomed all and outlined proceedings for the evening of celebration.

The students and large attendance of family and friends then joined in a Spiritual Ceremony organised by teachers Ms. Nollaig Eoghan, Ms. Eimear Dempsey and Ms. Caroline Murray and presented by School Chaplain Fr. Liam Merrigan and the TY Students.

School Principal Brian Bergin then congratulated the students on a very successful year and made reference to idea that having completed Transition Year and moving on to complete their Leaving Certificate, that they have entered a new stage of ‘transition’ in their lives towards becoming young adults. Like everything in life you ‘get out of it what you put in to it’ and duly urged the students to take this in to consideration in their future endeavours, hopefully having learned the importance of meeting ‘deadlines’. Mr Bergin also thanked staff, parents and the community of Monasterevin and beyond for their support of our TY Programme which has developed into one of which the school is very proud.

NOTE: Apologies are due to the following who should have been thanked at the awards. Wayne Harrington HSCL who helped with the organisation of the Personal Development Programme-Garda Vetting/Linking with our local Primary Schools and other community agencies, Celine Broughall Kildare Library Services, along with Anita Siney and Brian Kaye for their ‘behind the scenes’ with preparations for shows, transport of students and so on.

A personalized framed photograph (Mel Doyle Photography) and a DVD of the TY Show (Cinderella) was also presented to each student along with certificates of participation in programmes such as KAS (Counselling Programme)/Young Social Innovator/Scifest-Young Scientist/Kildare Library Services.

….were awarded to the following students: (Facilitators in brackets) ()

Subject Students of the Year Awards:   (Teacher in brackets)