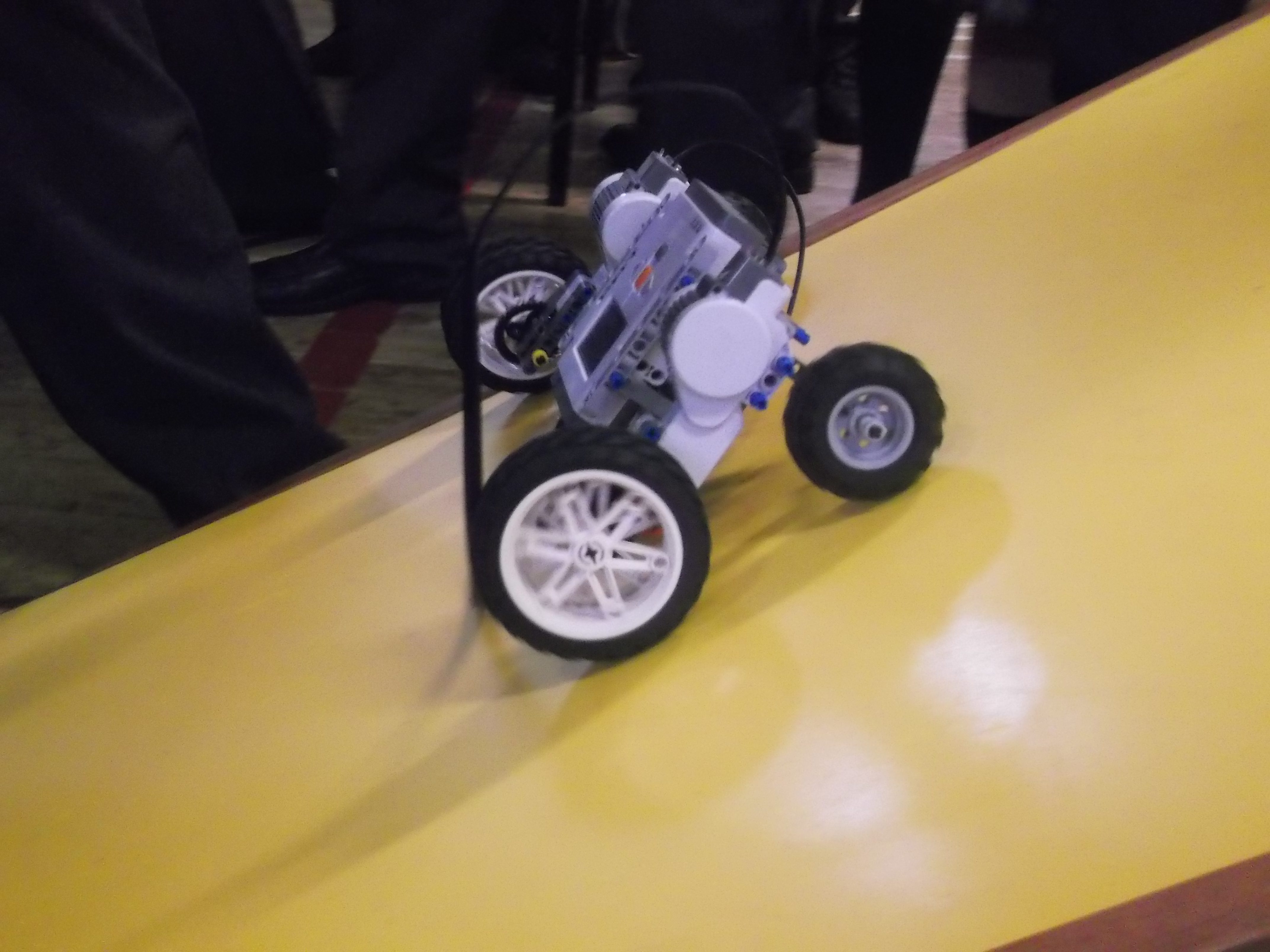 Earlier in the year, second years did a robotics class in the local Scouts Den. First the supervisor explained to us about the robot vehicles and how you make them,
controls and other titbits of information of how we could build one. After that we started making the robots. We had a brain, two motors and Lego to make it with. The goal was to enable the robots to be able to travel up a slope. It was difficult to do but in the end, we reached our goal. My group went for a different approach, using only one motor instead of two. The atmosphere was tense, as every student in the class wanting their robot to win. At first, the slope wasn’t very impressive, and every robot managed to scale the obstacle. However, by the second attempt, when the slope was raised higher, the majority of the vehicles were unable to complete the task. In the end, the group of Marita, Aleksandra and Kellis came out on top. Even though 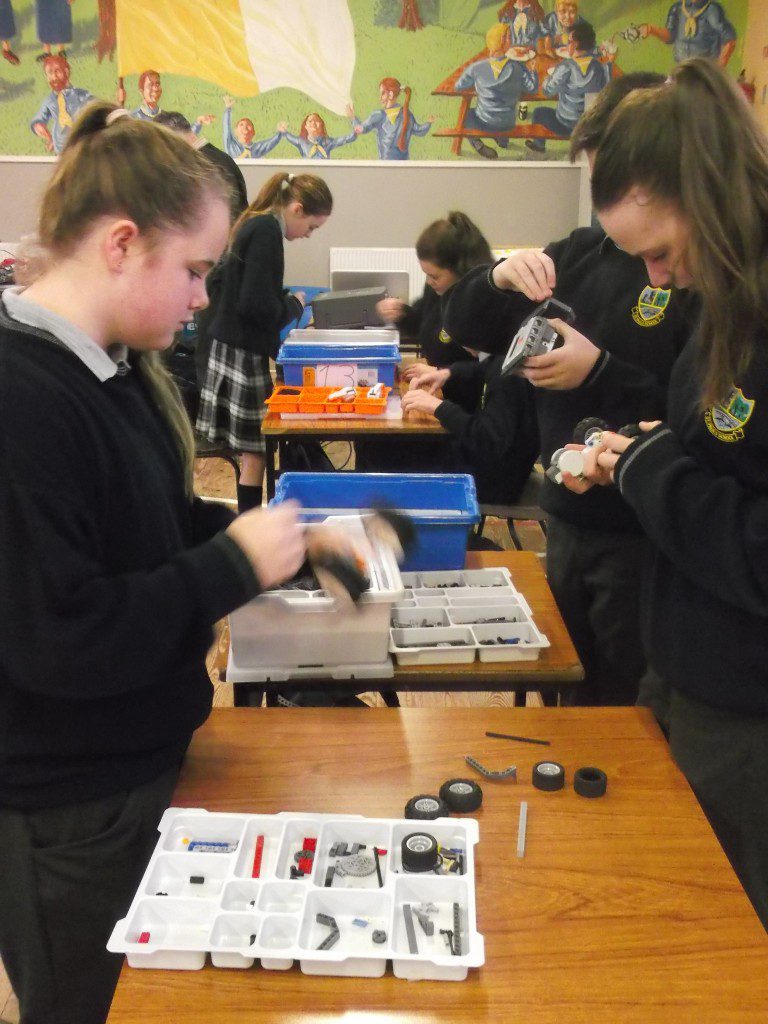 there could only be one winner, we all thoroughly enjoyed it, and we now have more knowledge of mechanics and the architecture of robotics, which will be helpful in future, in case any member of the class wanted to pursue robotics as a potential career.