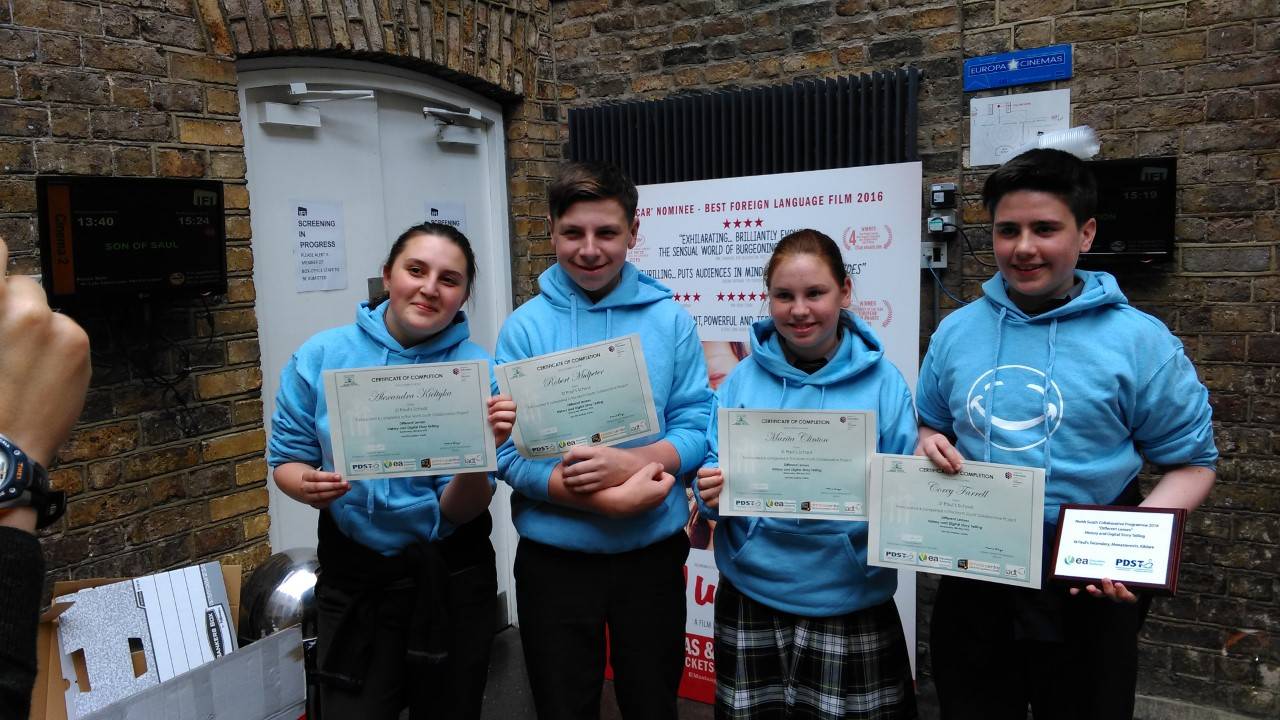 Six schools from the South of Ireland and six schools from the North of Ireland participated in a History project where each produced a short film depicting a key historical event through the lens of moving-image literacy using digital technology. The project focused strongly on the development of the essential skills of communication and teamwork as well as providing valuable linkage opportunities with other curricular subjects.

St. Paul’s was one of those schools and we decided to focus on Monasterevin’s links to the 1916 Rising, (with no little help from past student, local historian Barry Walsh)

To celebrate this partnership project and the work that has been undertaken by the 12 participating schools, 3 teachers and 4 students who worked on the short film went up to the national showcase event on Wednesday 18 May  2016 where all 12 films were screened in the Irish Film Institute (IFI), Temple Bar, Dublin.

Of the 12 schools, St. Paul’s featured very highly in the production values, with a mixture of green screen technology, live action sequences, sound/visual effects and music. 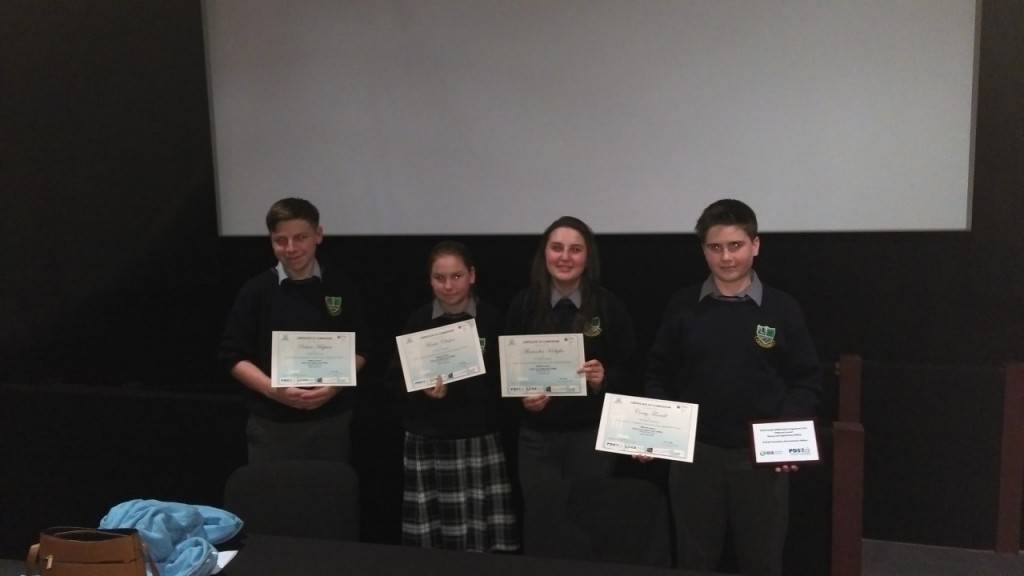