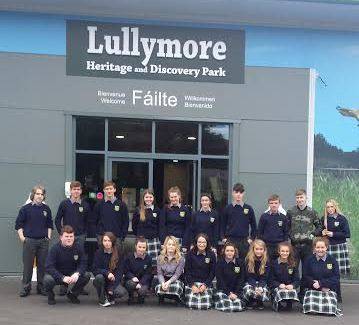 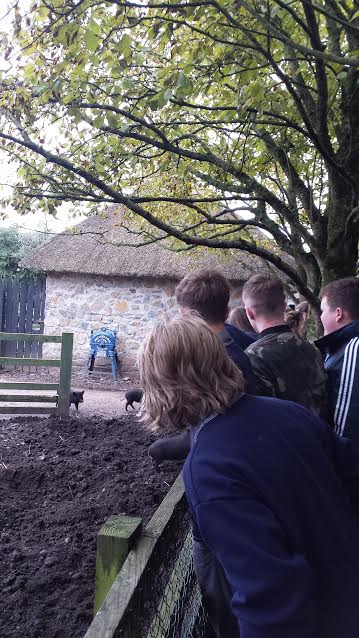 TY1 and their history teachers experienced a 9,000 year journey through landmark periods of Irish history, from the arrival of the early Mesolithic settlers, the dawning of Christianity and through to turbulent times of rebellion and famine – the past truly came  to life with the park’s interactive multi-media, replica dwellings and exhibitions. St Paul’s pupils were the first to experience the new upgrades to the park, which included a holographic monk telling the students about his life in a monastery. An Irish stone age man was to be seen in his Neolithic hut, telling us about his life and giving us a glimpse into what the Winter Solstice at Newgrange looks like. 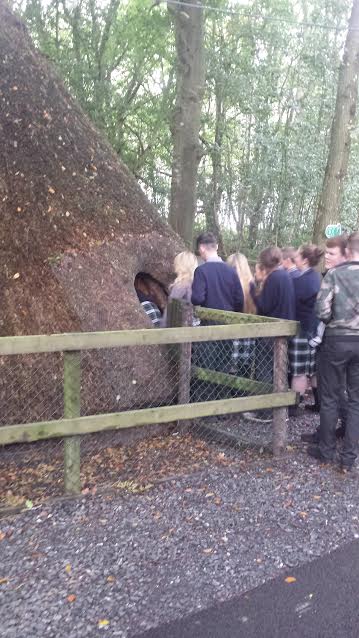 We then went on a serene meander through glassy lakes and rejuvenating peat land of birch, heathers and bog cotton. We were told the story of how the Irish midlands raised great bogs,  including the Bog of Allen, which were 10,000 years in the making.