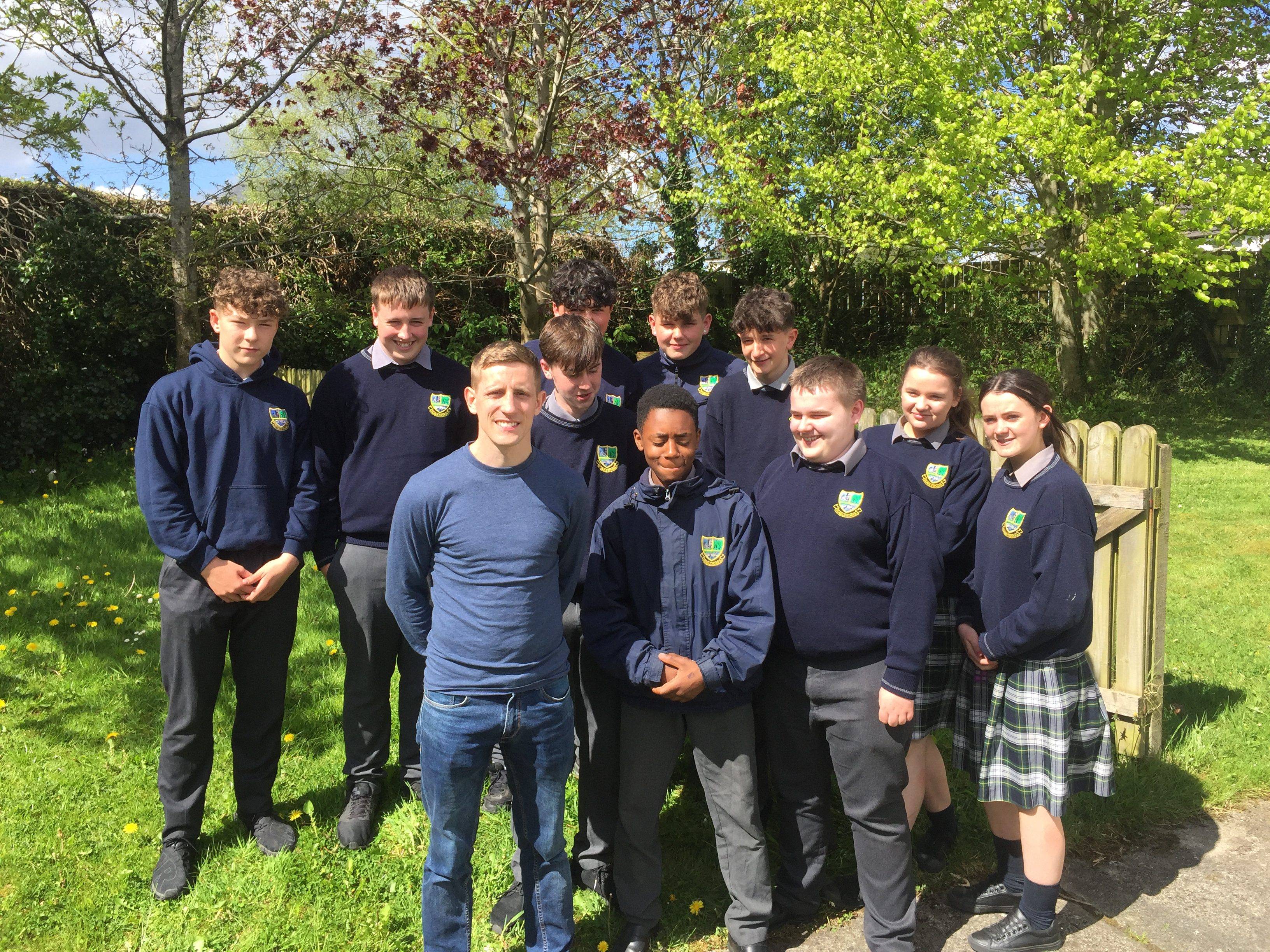 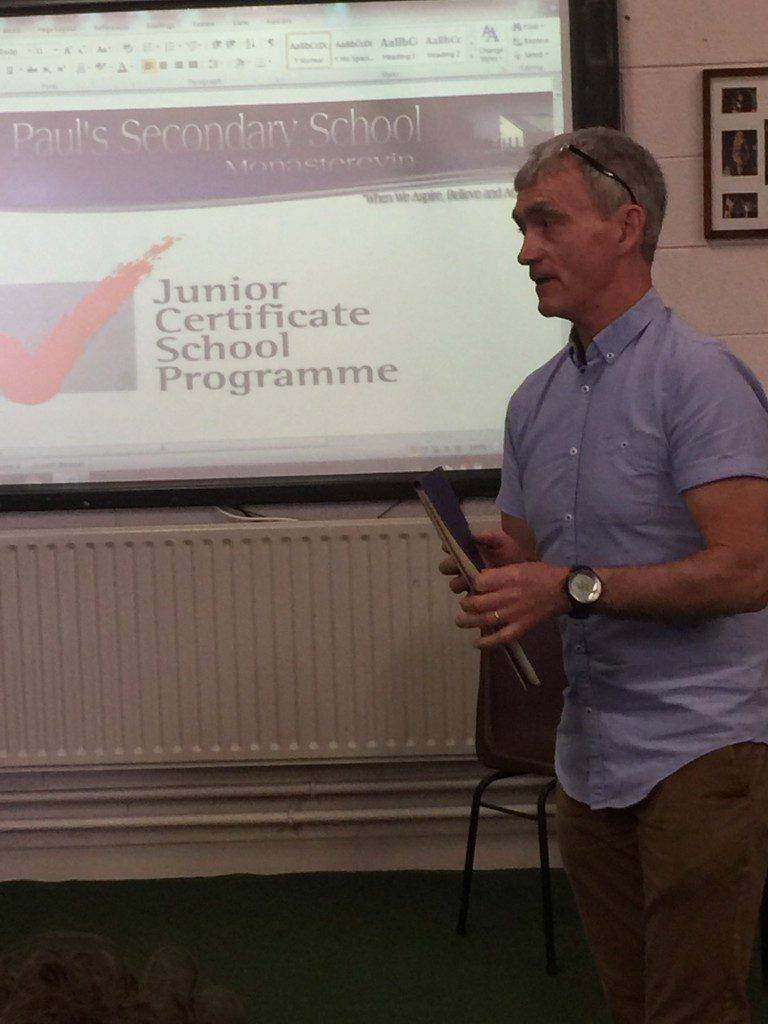 A group of 14 3rd Year students were presented with their ‘Final Profile Awards’ at a presentation ceremony attended by teaching and managerial staff, parents and friends of this group of students on Tuesday 18th May 2018.

The ‘Final Profile’ is a document which outlines the academic achievements of the students in the form of subject statements which they have been successful in achieving. The profile also contains a Certificate of Participation from the Department of Education and Skills, along with an individual school reference.

Following a photograph exhibition displaying the progress of the students since they commenced in the programme in September 2015, school principal Brian Bergin and Programmes coordinator Paul Marron both commended the students referring to their many achievements and the importance of continuing in education. Mr. Bergin reminded the students to give their best effort in the forthcoming Junior Certificate. Both thanked parents and staff, JCSP Core Team and school management for their continued support of programmes and activities in St. Paul’s Secondary School. 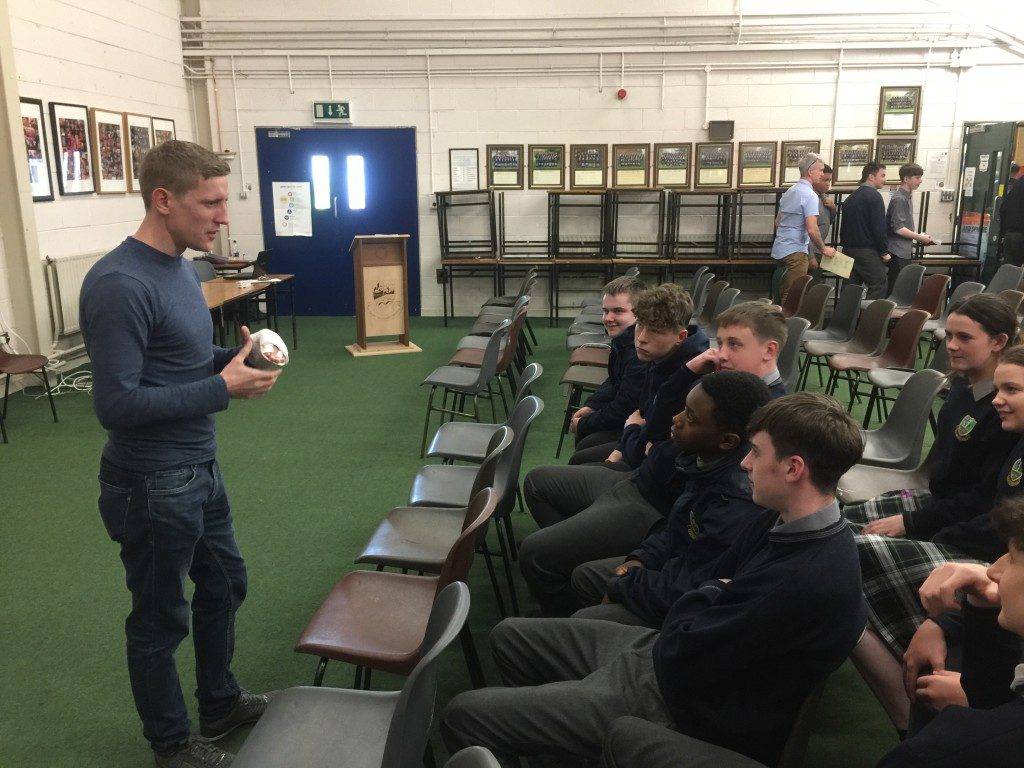 Special guest International Boxing star Eric Donovan reminded the students to always strive to do their best and to expect ‘knocks’ in life as well as be confident of their own abilities to achieve. He spoke about the difficulties that he faced as a young man growing up and how he overcame these. He also congratulated the students on their achievements, wishing them luck in their forthcoming Junior Certificate Examination. 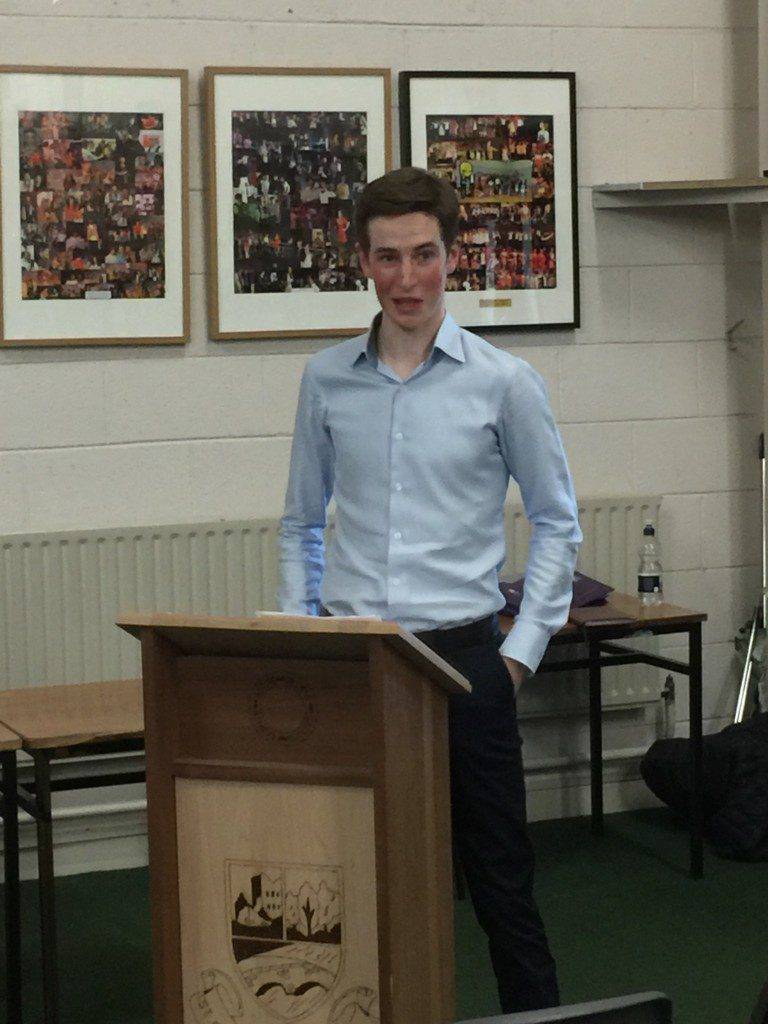 The other special guest past pupil Ross Coakley, who is a very successful jockey, spoke about the importance of remaining in education and being ambitious in setting targets for themselves, as well as wishing the students well in their forthcoming exams.

The launch of the JCSP Film ‘What is JCSP in St. Paul’s’? was then conducted with the first public viewing of this short information film. Produced by past pupil Bill Bailey, the film outlines the objectives and activities of JCSP in our school. All in attendance were very impressed with the very high standard of film making produced by Bill and the students and staff of St. Paul’s (and can be found by clicking here)

Profile folders were then presented to the students by School Completion Coordinator Caroline Cooke and Special Guest Ross Coakley and refreshments were served to all by 2nd year JCSP students Maeve Andrews and Christine Dempsey, who no doubt are looking forward to their celebration in 12 months’ time. 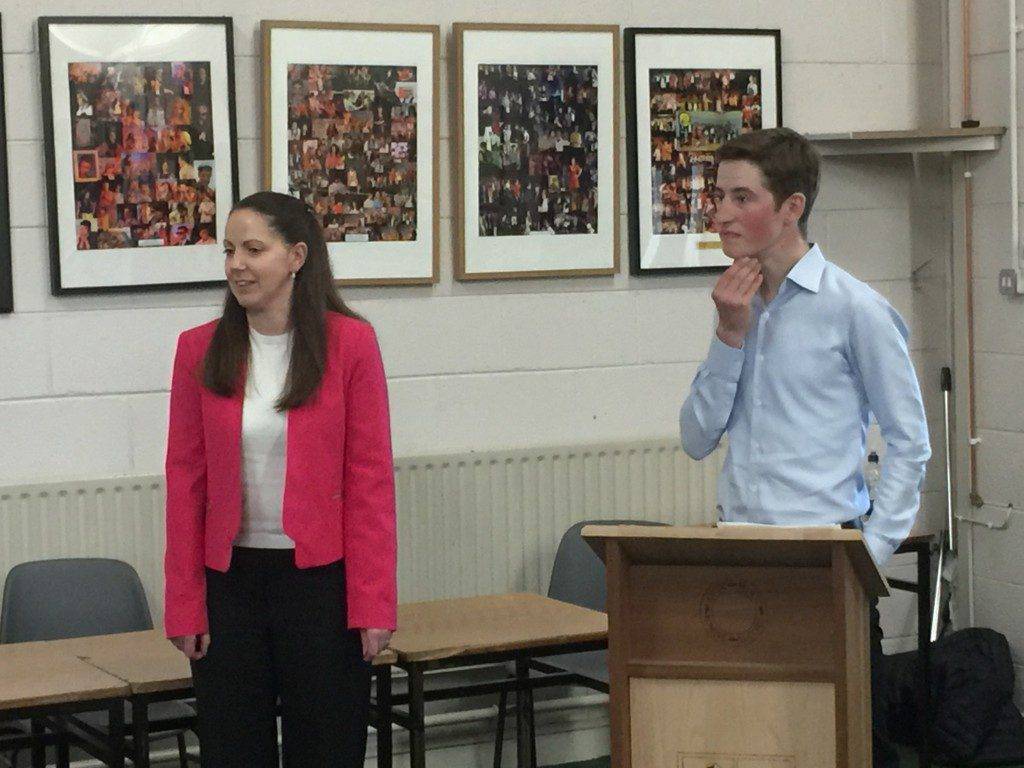