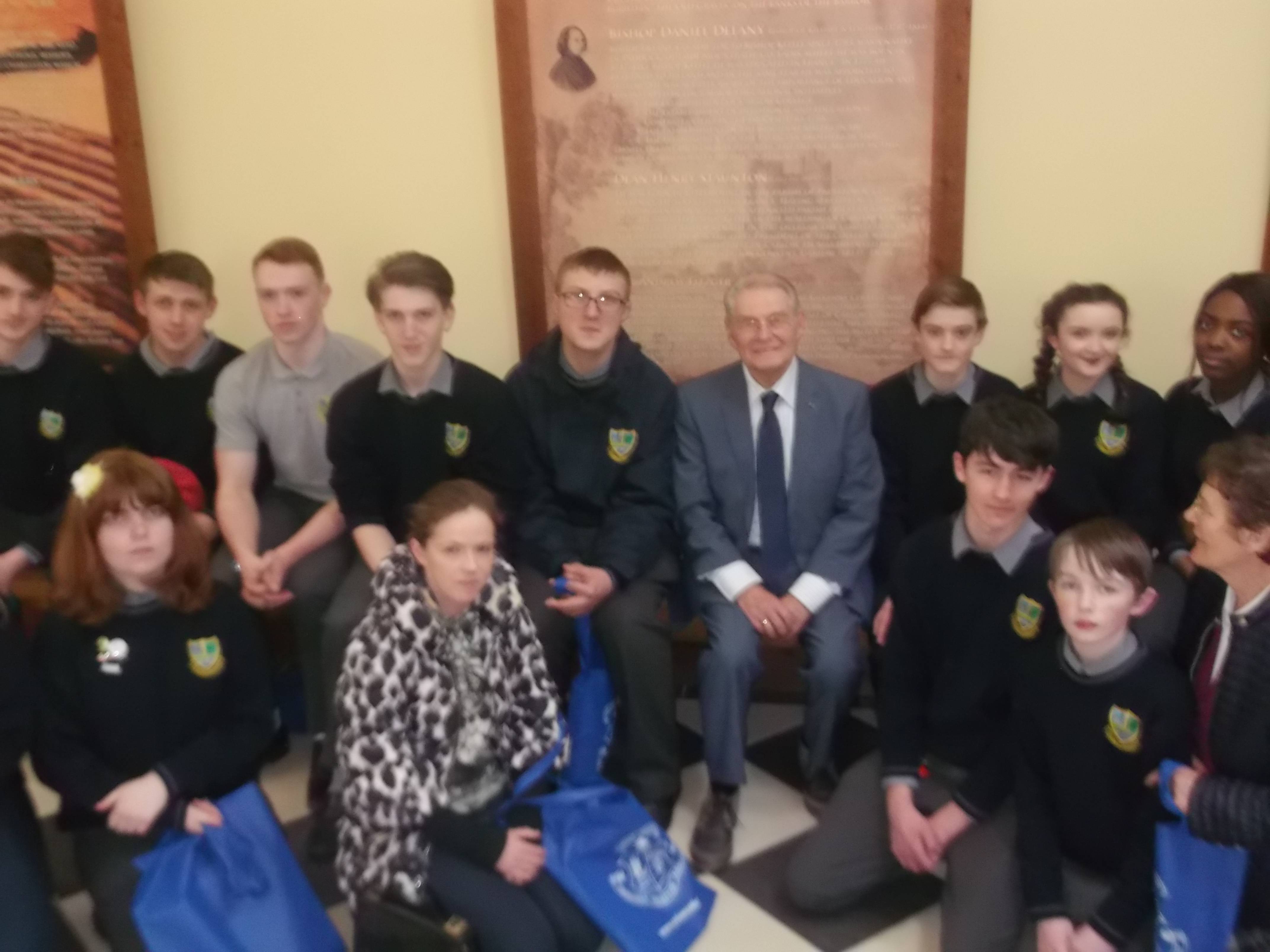 On Wednesday the 13th April Ms. Collins took the fifth year history students and the Proclamation group leaders in 1A1 on a history trip to Carlow College. Carlow College was opening an exhibition on photographs taken by Auschwitz survivors “Traces of Memory Exhibition” and these photographs were on loan from a museum in Krakow. Included in the photos we saw was the gates of Oscar Schindler’s factory in Krakow and also a photograph of the destruction of a Jewish cemetery illustrating how the Nazis made the Jews break up Jewish headstones and lay them down as roads for the Nazi soldiers to walk on. The highlight of the trip was when Tomi Reichental (a Jewish man who was in Bergen Belsen concentration camp) stood up and gave us a brief but touching account of how his life dramatically changed after the Nazi occupation of Slovakia in 1944. His account was disturbing yet had to be heard. Through his vivid and heart wrenching account we could only just imagine the incredible cruelty and hardships he suffered in Bergen Belsen as a nine year old boy. It really brought home to us the terrible acts of evil that were committed during World War Two. We were fortunate enough to get our photograph taken with Tomi Reichental and meet a Holocaust survivor in real life. This was a once in a lifetime opportunity.

We left the exhibition moved by what we had just heard. No history books facts or account on the Nazi regime comes close to witnessing at first hand the damage,destruction and pure evilness these people were subjected too. Traces of memory must never be wiped out. We were delighted to have been fortunate enough to hear and meet this great man a real life invaluable first hand eyewitness account.

Breaking News: We are currently on the waiting list for Tomi Reichenstal to visit our school and give us a more detailed account of what he suffered at the hands of the Nazis 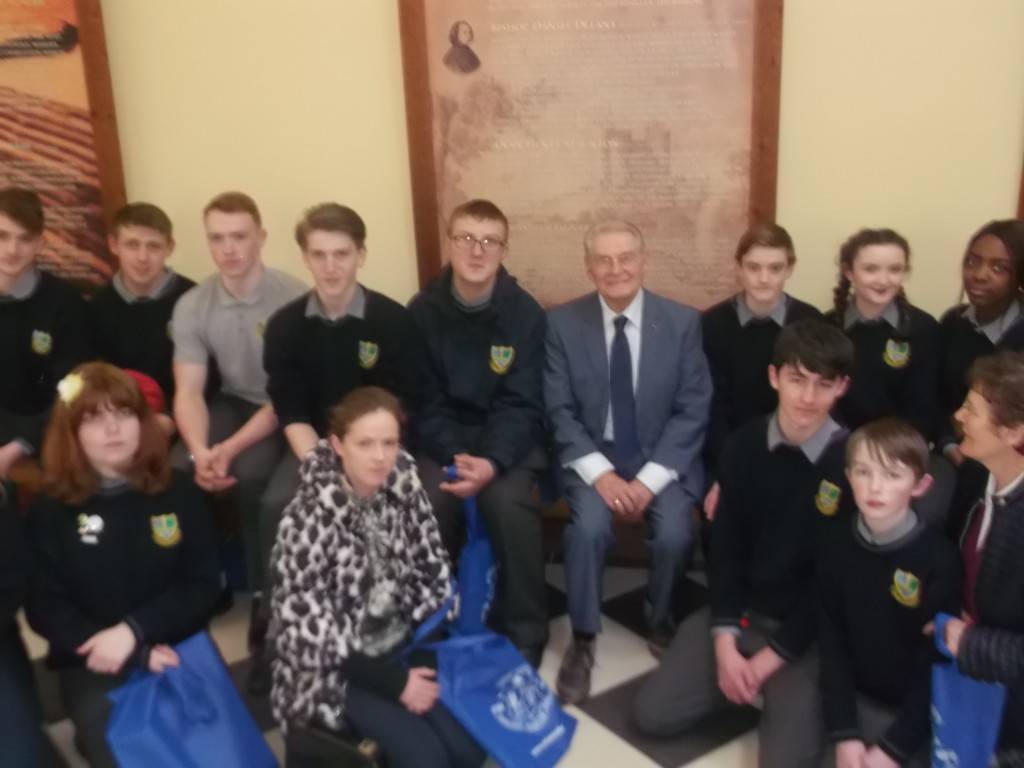