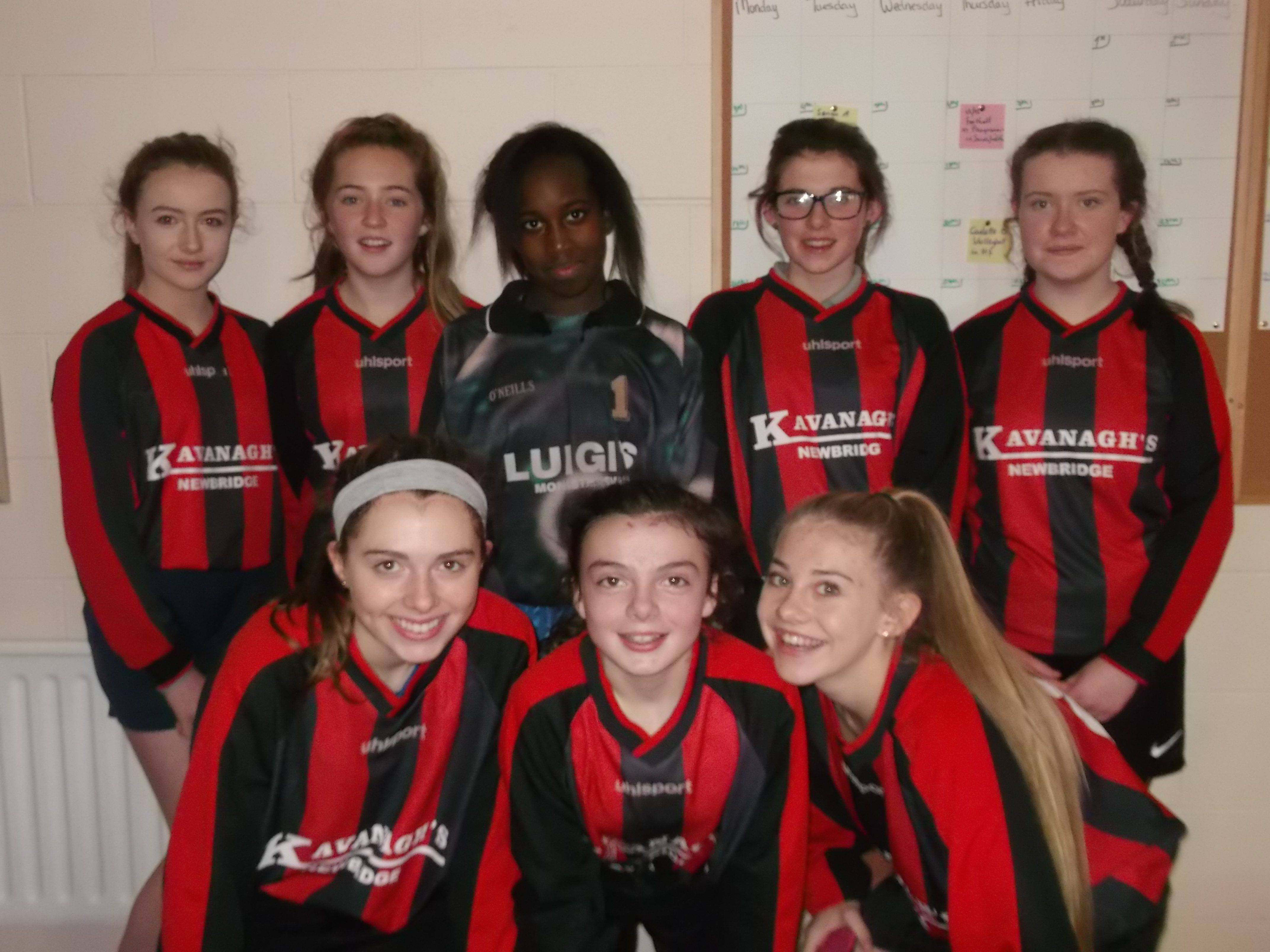 St Paul’s first year girls travelled to Holy Family school in Newbridge to compete in FAI schools Futsal competition, their first game was a hard fought 1-0 win against Confey College. This got the girls off to a great start with the goal coming from Eimear Hanlon, up next was a very strong St Marys from Naas and despite having most of the ball the St Pauls girls couldn’t find a way past a very good Marys keeper and it finished 0-0.

Next up were the two Holy Family teams with St Pauls dispatching both with ease with a 4-0 and a 3-0 scoreline with Mollie Foley (3),  Abby Kemmy (3) and Orla Hartigan on target, these results along with St Marys and Colaiste Lorcan drawing 0-0 put St Pauls in pole position, meaning if they won their last two games they would be county champions but it was still a big ask as up next was Pipers Hill who gave St Pauls their toughest game so far and with one minute left on the clock Abby Kemy stepped up to slot the winning goal away and a late save from Fimi Babalola gave St Pauls the 3 points.

The final game of the day was against the tournament favourites Colaiste Lorcan from Castledermot, St Pauls needed a win whereas a draw would’ve given their opponents the title, again it was a tight affair and it took a long range strike from captain fantastic Eimear Hanlon to find the back of the net to give the St Pauls girls the county title and now go forward to represent Kildare in the Leinster finals in Gormanstown College. Coach Brian Kaye was very proud of the girls as they went through the whole day without conceding a goal and now look forward to the Leinster Finals on Wednesday November 23rd. 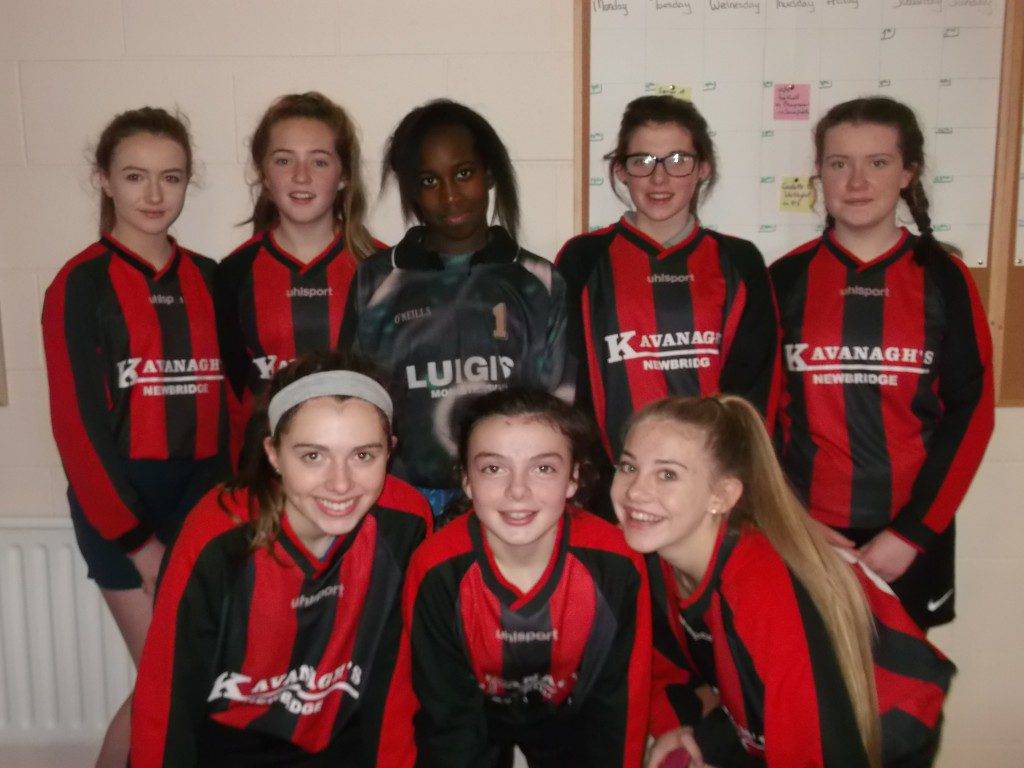