On the final day of the school year 2015 the first year students of St Paul’s were awarded and rewarded for the great work and effort they had put in during what was an action packed and fun filled year.  After an exhausting Geography Tour on Thursday and their final summer exam on Friday morning most were very surprised to find themselves in an awards ceremony let alone receiving awards.

The  Student of the Year  in each subject for each class received a beautiful school medal featuring the crest and school logo, and they were

We constantly remind students of the importance of attending as much as possible and this year Ms Mullally proudly presented the excellent attendance awards to four students who had missed one or no days of school. The students in question were Jack Donnelly, Pauric Harrison, Katie Walsh and Kellis Williams.

The final Awards were presented to two students who, the staff and teachers of St Paul’s felt, encompass all of thats good about our young students. Traditionally the award goes to a student who has overcome adversity, does one’s best, shows upmost good manners and represents the school with pride. This year was no different and the proud recipients were Corey Farrell and Oisin Keogh. 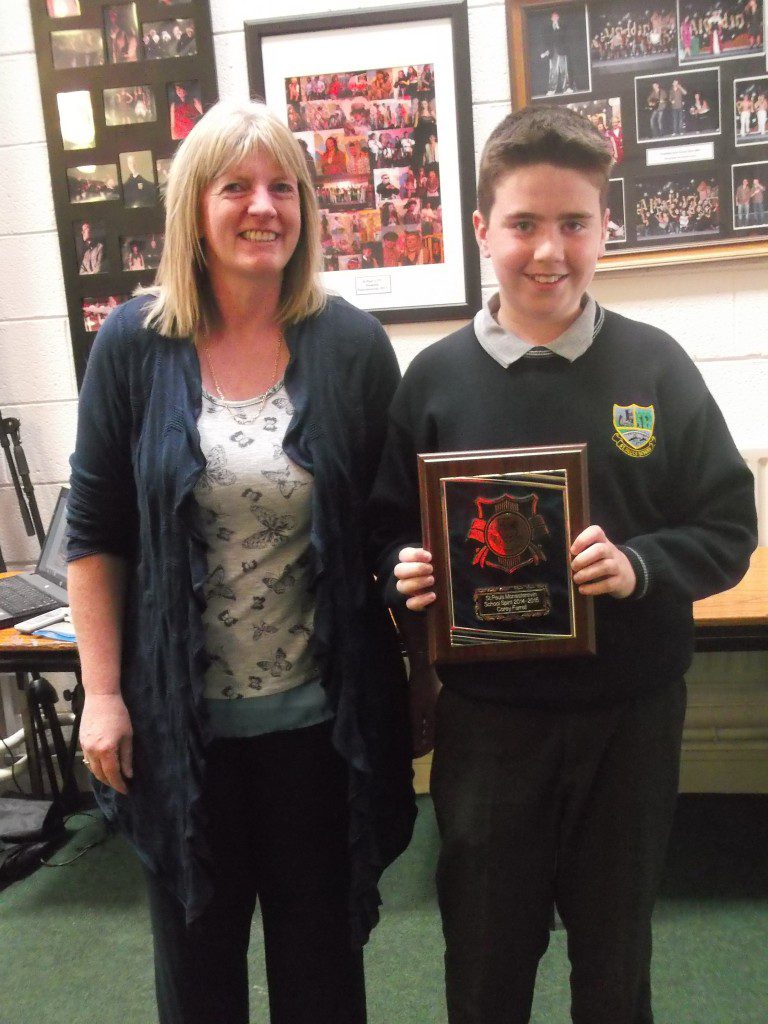