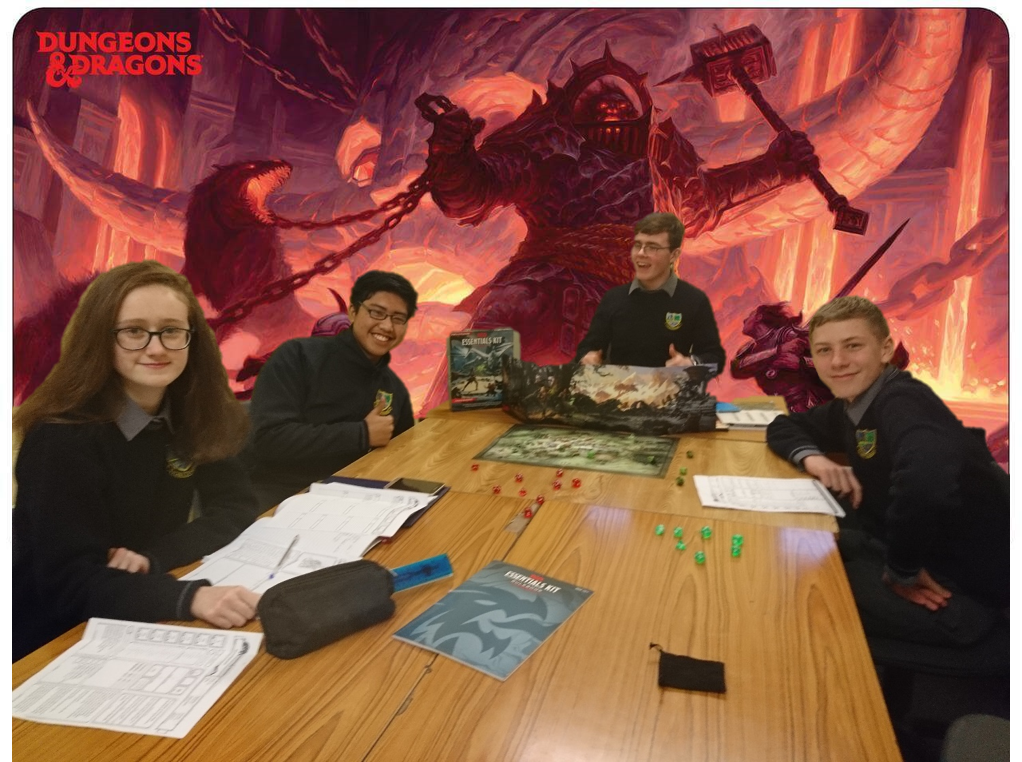 Over the past few weeks, a group of St. Paul’s students have been thinking of setting up a Dungeons & Dragons Club at the school, where they could play D&D after school. For those not familiar with Dungeons & Dragons. Dungeons & Dragons is a fantasy tabletop role-playing game where you create your own character and go on adventures with friends where you solve dilemmas, do quests for different people in the fantasy world and fight monsters like manticores, giants and even dragons.

For the longest time it was only a thought until recently when Ms. Holohan came up with the idea of a board game club. After the idea of a Dungeons & Dragons Club was proposed to Mr. Bergin, it was decided by Ms. Holohan to set up the club. With the help of the group of students a meeting was set up and every student willing to participate in the club attended the meeting. It was decided that every Wednesday after school, for an hour, the students would meet up and continue a campaign of Dungeons & Dragons. As of writing this, we have gone through 3 successful D&D sessions where we have progressed in our quests. If you are willing to join the club, feel free to ask Ms. Holohan