A lot has been happening recently in the debating world.

In early November, a selection of our fifth year debating team, including Hannah Duffy, Katie Lawless, Gemma Dunne and Ciara Fanning Siney, headed to ArdScoil Rath Iomgháin to debate on the motion, ‘Young People should be Trusted to Vote at 16’. Our team was chosen to oppose the motion, a very difficult task. However, they took it in their stride and each spoke wonderfully. Unfortunately, we came up against a strong Rathangan side and were unsuccessful. Although, for only a first debate for some of our speakers, and a second for others, the level of debating shown was outstanding. Well done guys!

The following debate took place on the 19th of November at the Carlow IT open day. Our schools team 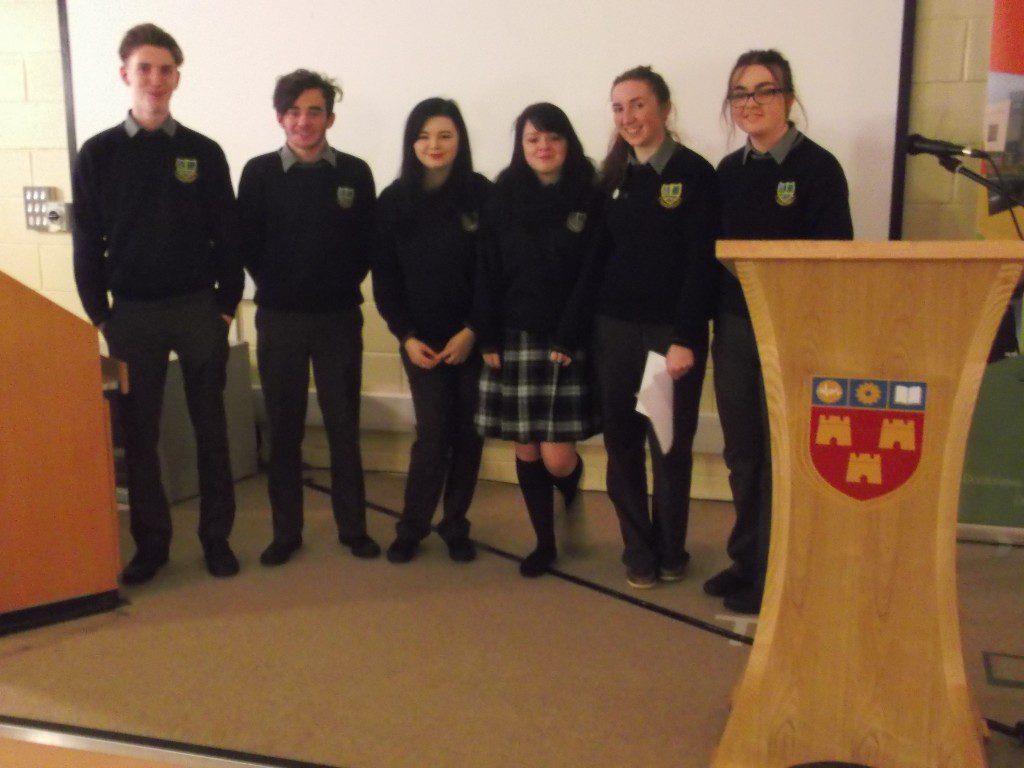 was split into two different smaller teams, consisting of Laura Cleary, Hannah Duffy and Katie Lawless as sub on Team A, and on Team B Ciara Fanning Siney, Kevan Dowling and Adam Hennessy as sub. In the preliminary round, we proposed the motion regarding modular housing, and whether it would provide suitable social housing. Ciara and Kevan were successful and carried on to the semi- final. Here they opposed the motion on whether tax incentives should be given to developers to promote economic growth. Unfortunately Team B were put against an experienced and convincing side for Naas CBS and were unsuccessful. But were highly merited for their Points of Information. Congratulations everyone!