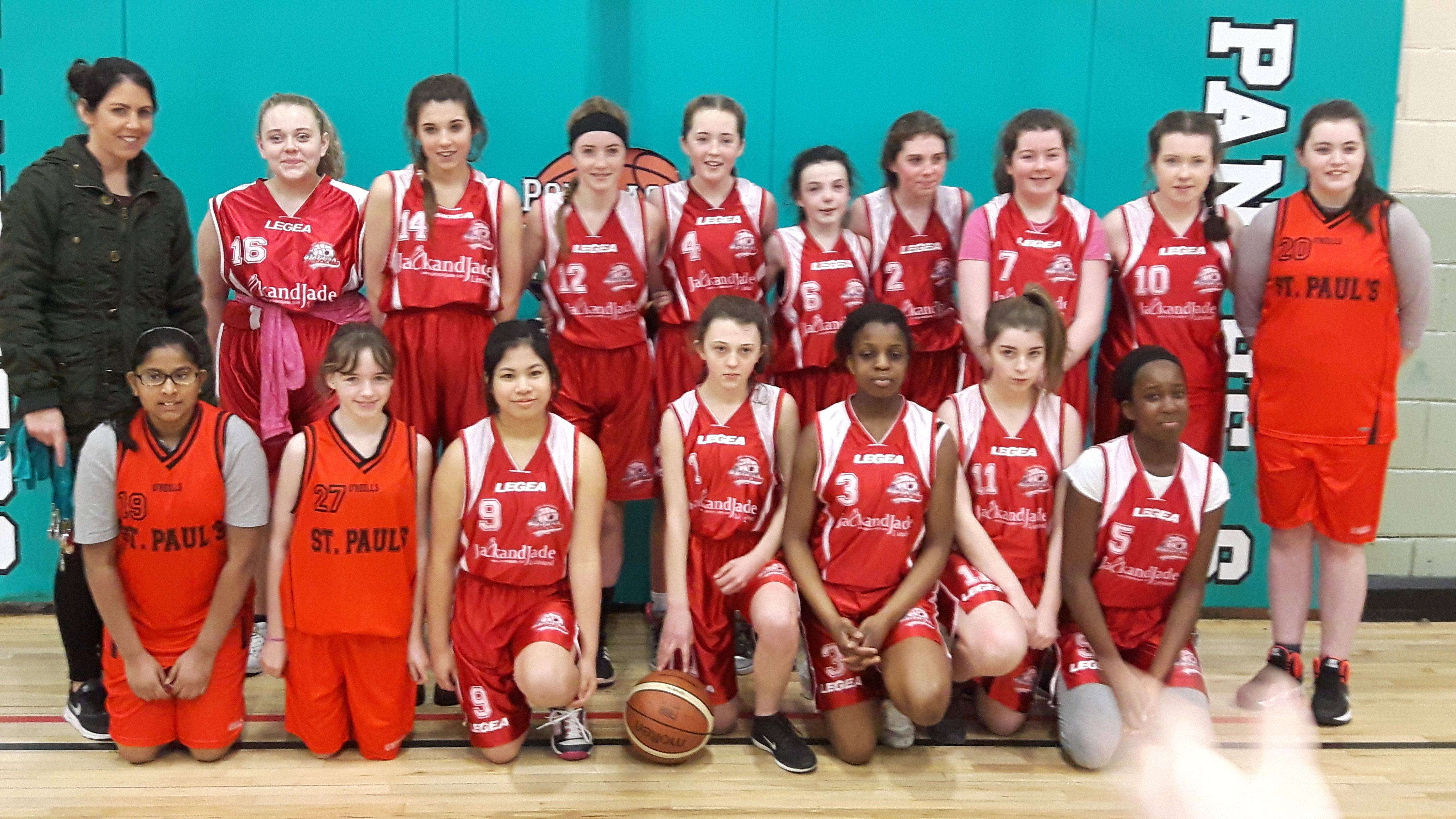 On Thursday morning our 1st year girls travelled to St. Marys Hall in Portlaoise to take on Tullamore College in the midlands regional final. The game started at a frantic pace with St. Pauls getting the first score of the game courtesy of Angela Leonardo. Tullamore began to find their feet and had a very dangerous player in Emma Glavin who caused St. Pauls a lot of defensive issues. At the end of the first quarter Tullamore led by 11-6. The second quarter was a much tighter affair possession wise but Tullamore punished us more on the scoreboard. St. Pauls were unlucky at times but good scores from Faith Ekonorue and Fimi Babalova kept our chances alive. The second half saw St. Pauls growing in confidence and the scores came quick from both sides. Christine Worrell and Eimear Hanlon got some great scores from outside shots and this left the score at 29-19 in favour of Tullamore. If games were won on effort and determination St. Pauls would have won this game hands down but despite this gallant effort it was not enough on the day with the final score being 32-23 in favour of a very good Tullamore side.

The girls go forward to the All-Ireland play offs as regional runners up and these will take place on the May bank holiday weekend. 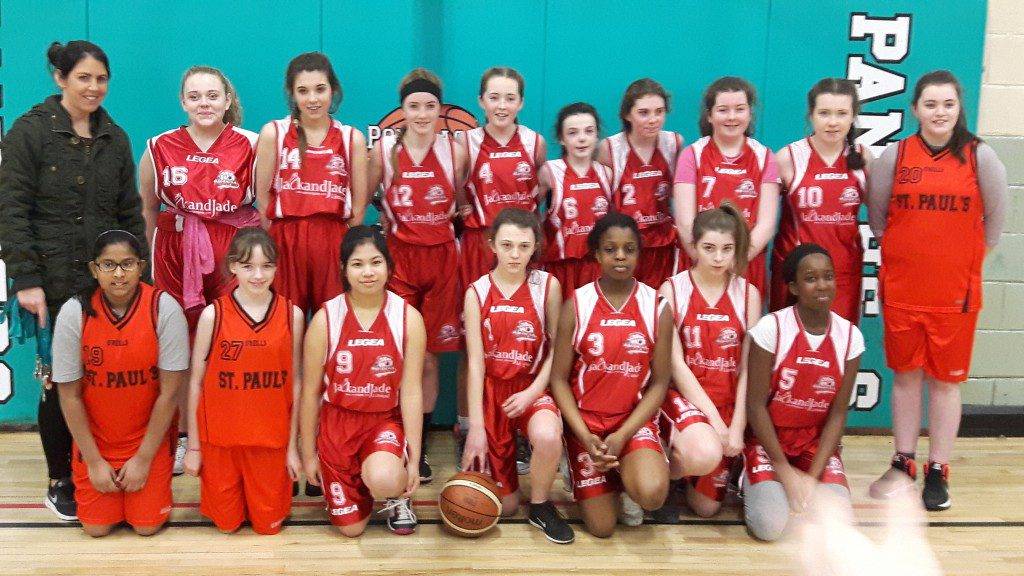